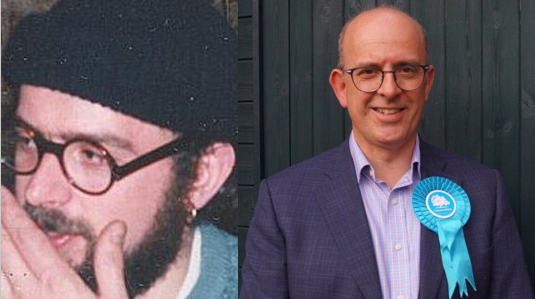 A Conservative City Councillor in Peterborough has made the national news, after a Scotland Yard investigation ruled in favour of a woman after she made a complaint alleging that Cllr Andy Coles had deceived her into a sexual relationship.

Who is Andy Coles?

Conservative Councillor Andy Coles, represents Fletton and Woodston, was first elected in 2015. He has so far received £48,874 as a councillor and is set to receive even more.

From July 2015 to May 2016 he was also the council cabinet member with responsibility for Children Services, but has since stepped down from this role.

3 years ago, Coles also resigned as the Deputy Police and Crime Commissioner for Cambridgeshire and Peterborough, claiming media coverage had “significantly impacted his ability” to conduct his duties.

So what’s the crux?

As reported in the media, the inquiry said Coles would have faced a disciplinary hearing on a charge of gross misconduct if he had not already retired from the Metropolitan police in 2013.

An officer found guilty of gross misconduct is likely to be sacked.

The woman, known only as Jessica, is also taking legal action against the Met, alleging that Coles “groomed and manipulated” her. She said she was “naive, idealistic, unsophisticated and a very young 19” when she started a sexual relationship with him.

Over the last couple of years, local residents have protested outside and inside the Town Hall in Peterborough, which even led to the Public Gallery being closed by the then Mayor, Cllr John Fox (an ex-Police Officer), for around a year.

Mr Coles has previous blasted the claims as ‘lurid’ and denied he was intimate with the woman …..

“From 2014, the government is proposing to extend free entitlement (15 hours) to 2 year olds. This support will be targeted at 40% of the children nationally with eligibility criteria focused on economic disadvantaged and those with SEN. In Peterborough this is expected to apply to 50% of children. This increased entitlement will place pressure on the Local Authorities to ensure sufficiency of placement. £100m has been made available nationally to support expanding provision. As information on future funding emerges, plans for dealing with the sufficiency shortfall will be developed alongside the PVI settings.” Source Page 12 5.17

“Unless I’m missing a trick the Tories seem to be saying that they are going to be wholeheartedly reliant upon the Private, Voluntary and Independent providers (PVI)! Maybe that’s why I’ve started seeing so many new nursery’s popping up in the city at rates that make you think I wish these guys were involved with other areas of regeneration in the city!

“In my opinion its one thing to look at using the private sector and another thing to be outwardly reliant upon it to provide services that the local authority are legally charged with doing. What assurances will local parents receive that their children will be safe, what tests will be done, can we be sure that sufficient assessments will occur? Our city can ill afford another travesty in regards Children’s Services in the city!”

If you have a comment or view please do leave it below!