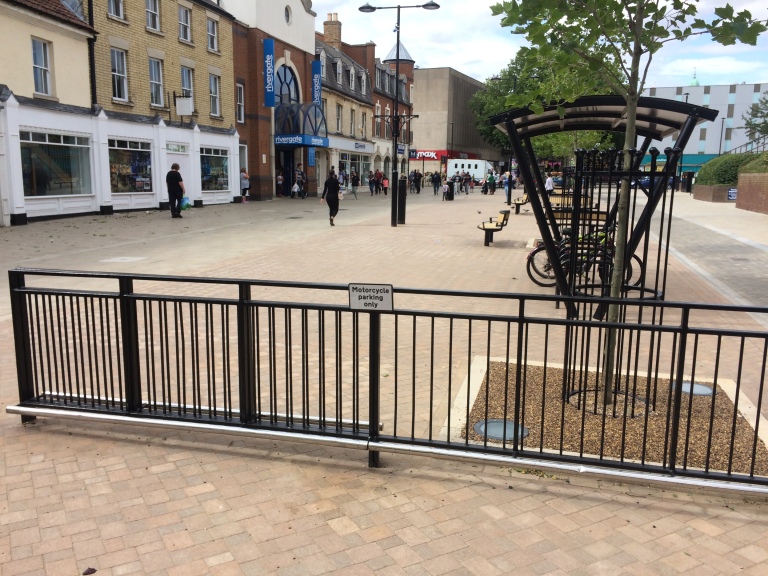 The background to this, is that the Council is operating under section 61 of the
Anti-Social Behaviour, Crime and Policing Act 2014.

Some of the questions include:

What does Darren Think?

When it comes to the Cycling side of things, the proposals are a literal embarrassment to the city. Whether its the treatment of hard working citizens, being fined on their way back from 12 hour shifts, punishing people trying to do their bit for the environment or the time tourists got a fined for following the national cycle route, which Bridge Street was part of, it really enhances the name Pottyborough!

Not forgetting the fact that there is a cycle way at one end of Bridge Street!!

The fines are also not fair because, essentially if you are a wealthy person, whop can afford to pay £100 max fines, in theory you can cycle around aggressively, defecate in the street or drink six cans of beer in Cathedral Sq, at your leisure.

If you are working class, you can be accused of something you have not even done and end up paying a £100 fine, that could mean you fall behind on your rent or are unable to pay for your weekly food.

The proposed order calls for “Cyclists to dismount if requested to do so by an authorised officer if they are of the opinion that the cyclist is riding in a wanton and furious manner.”

…. So I’d suggest that if someone was cycling sensibly etc Then if challenged, they would be entitled to acknowledge the officer and then carry on with their day.